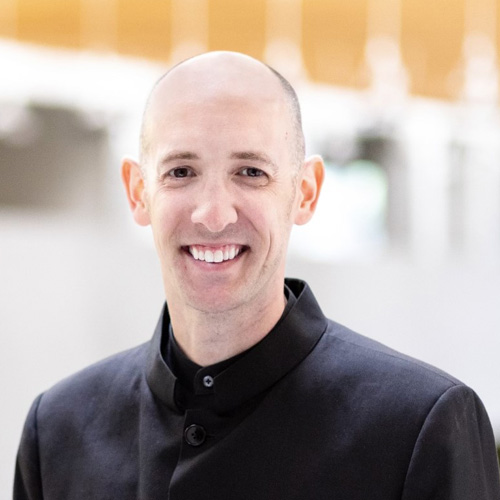 bpenshorn88@unm.edu
Center for the Arts Room B125

Brett Penshorn currently serves as Visiting Assistant Professor of Music at the University of New Mexico, where he conducts the UNM Symphonic Band, codirects the Spirit Marching Band, and teaches undergraduate courses in music appreciation. Before New Mexico, Penshorn served as Visiting Director of Bands at the University of North Carolina at Charlotte.

Penshorn is finishing the Doctor of Musical Arts degree in Wind Conducting at the University of North Texas, where he studies with Eugene Migliaro Corporon. He received his Bachelor of Music Education from the University of North Texas and a Master of Music degree in Band & Wind Ensemble Conducting from The Pennsylvania State University. He has taught instrumental music at every level in Texas public schools and is a strong advocate for community outreach. While in Charlotte, Penshorn served as conductor of the Charlotte Youth Wind Ensemble and the Charlotte High School Invitational Honor Band. He has also served as Assistant Conductor, Personnel, and Artistic Manager for the Lone Star Wind Orchestra in Dallas and is a frequent guest conductor with the Heart of Texas Concert Band in San Antonio.