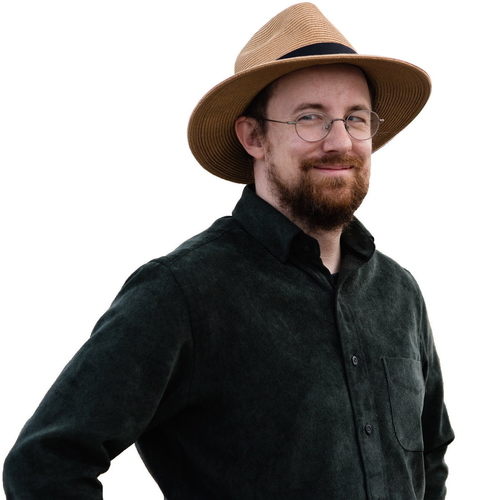 “Filled with the ghosts of sounds. He captures a dark, yet hopeful wonder through variation in color, mood, and the semblance of melodies.  …Ethereal, ambient, and benignly haunting like a morning fog on the ocean.  There is always something hidden, just beyond what is happening, that seems to slowly reveal itself but never quite does.” (Kraig Lamper, American Record Guide : 2011)

Peter Gilbert‘s work combines traditional instrumental writing with elements of improvisation, live-performed electronics, and other media.  His music, whether in multi-media theater, film, installation or a traditional concert, thrives on the act and art of collaboration.  He writes: “My music usually aspires to create a sonic architecture that helps us lose our sense of time completely and allows us to partake in a kind of more direct aural experience.  Counterpoint, whether medieval or romantic, is another vital part of my musical self and so such melodic/harmonic/rhythmic entities may also float through the sound environment or perhaps the sound environment is lingering in clouds behind contrapuntal floes. Either way, I love the feeling of being enveloped in a musical experience. I search for musical moments that can conjure up secret passageways to transcendence—that we performers, collaborators, listeners can conjure together.”

He has held artist residencies in Europe and the US at institutions like the ZKM | Institut für Akustik und Musik (Germany), the Aaron Copland House, Akademie Schloss Solitude (Germany), IMEB Bourges (France), La Mortella (Italy), and been in residence at festivals such as the Tage Aktueller Musik, Nürnberg (Germany) and the Newburyport Chamber Music Festival.

Other accolades and commissions have come from the Barlow Foundation, the Siemens Music Foundation, New Music USA, the Russolo Foundation, the Look & Listen Festival, the Third Practice Festival, the Institut International de Musique Electroacoustique de Bourges, the Washington International Composers Competition and the ZKM | Institut für Akustik und Musik.  Gilbert’s work as a composer, performer and producer can be heard on Centaur, GM Recordings, Beauport Classics, and New Focus Recordings as well as at http://petergilbert.net.

His multi-media opera dreimaldrei gleich unendlich (trans: 3×3=∞), written with partner, Karola Obermüller, was premiered in 2009 as part of the Musik der Jahrhunderte festival in Stuttgart and was featured in the “Imagining Media” exhibition celebrating the 20th anniversary of the ZKM | Institut für Akustik und Musik.   He and Obermüller have presented their installation piece “Listening to Mountains” at international soundscape conferences in Europe and Australia.   Gilbert was also part of a collaborative group of composers who received a Siemens Foundation grant for the experimental music theatre piece Robert S. produced with Theater Bonn.