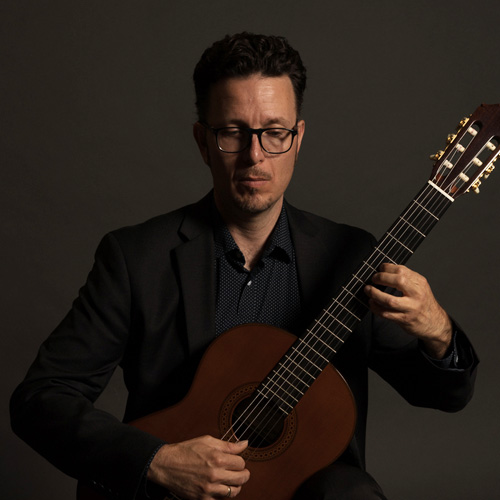 Guitarist Benjamin Silva comes from a musical family. He is the grandson of the renowned Italian-American cellist Luigi Silva, and a laureate of numerous guitar competitions, including the MTNA, Sholin, and Stotsenberg, among others. He has performed for audiences across the United States and Spain, including Spanish royalty and the First Lady of the U.S. He performs regularly in and around Albuquerque and Santa Fe.

Silva holds a Bachelor of Music in Guitar Performance from UNM and holds a diploma in advanced study of Spanish music from the Curso Universitario Internacional de Música Española “Música en Compostela”, 2004 (Santiago de Compostela, Galicia, Spain). His most influential teachers include Thomas Patterson, Michael Chapdelaine, Richard Hermann, the Indian sarod maestro Ustad Amjad Ali Khan, and José Luis Rodrigo (a student of Andrés Segovia). He has served on the board of Guitar New Mexico since 2013.