Music from the Americas presents “New Music from Mexico” 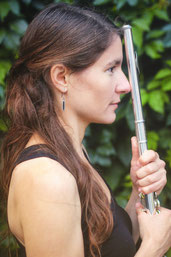 Mexican flautist born in Wales, Olivia Abreu obtained her DEM (Musical Studies Diploma) and her Perfectionist Diploma at the Ville d’Avray Conservatory with Patrice Bocquillon. In 2007 she was admitted to the Strasbourg Conservatory in Mario Caroli’s class, where she obtained, between 2009 and 2012, the Chamber Music Perfectionist Diploma, the Specialisation Diploma in Flute, the Concert Diploma in Chamber Music, as well as the Specialisation Diploma in Chamber Music. In 2010, she received her Master’s degree as a performer from the University of Strasbourg. In Mexico, she has been a member of the Carlos Chávez Symphonic Orchestra, the Enigma Wind Quintet, and the Kontempo and EnsamblArte chamber music ensembles. In 2004 she won the prestigious National University of Mexico competition to participate as a soloist with the University’s Philharmonic during the 2004-2005 concert season. 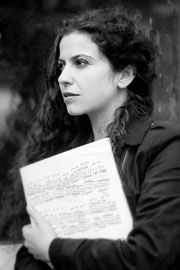 Mexican pianist of French decent, Anna Paolina Hasslacher studied piano with Claudio Herrera, Laurent Cabasso and Michel Gaechter. She obtained two Specialisation Diplomas: in piano and chamber music (contemporary repertoire), in 2010 and 2012 at the Strasbourg Conservatory, France, and the Master’s degree in Free Improvisation in 2016 at the Music Academy of the University of Basel, Switzerland. She has collaborated with composers such as: Helmut Lachnmann, Ivan Fedele, Beat Furrer, Bruno Ducol, Iradj Sahbai, Héctor Quintanar, Juan Pablo Muñoz and Víctor Ibarra. She has premiered several works, such as I. Fedele’s “Études Boréales”, L. Lachenmann’s “Serynade”, both in Mexico, and H. Quintanar’s “Sonidos” in France. As a soloist, Anna Paolina has been conducted by Jack Fortner and Juan Trigos, both renowned composers as well as conductors, and she has played in many International Festivals, such as: the FIAC in León and “Ecos y Sonidos” in Guanajuato (Mexico) and the Festival MUSICA in Strasbourg (France). In 2008 she cofounded CEGAC (Composers and Performers of Guanajuato A.C), association for the creation and dissemination of contemporary music. 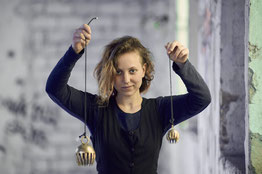 French percussionist born in 1993 in Nice, Camille Emaille is currently studying a bachelor’s degree in contemporary music at the Musik Akademie in Basel, Switzerland. She considers music as a component of everything in life, regardless of the place or given moment. It is with this philosophy that she approaches improvisation, which allows her to consider music as a continuous flow where musicians and audience can immerse together. With this same approach she has been part of a group that organises “wild” concerts, in places usually closed to public but with a strong historical and acoustical background. She collaborates with several artists who work with video, shadow theatre and puppets (“Divines Bovines” show), and plays in duo with clarinettist Xavière Fertin, and in trio with the brothers Arthur and Sebastian Smolyn (electronics and trombone). During her studies and workshops she has worked with William Winant, Lee Quan Ninh, Fred Frith, John Butcher, Benat Achiary, Roscoe Mitchel, Gunter Baby Sommer and Zina Parkins. She has played in contemporary music concerts with the ensembles Accroche Note and Boswil, the Oxke Fixu duo, and the Syndronic and Variation Band in Switzerland, France and Finland.