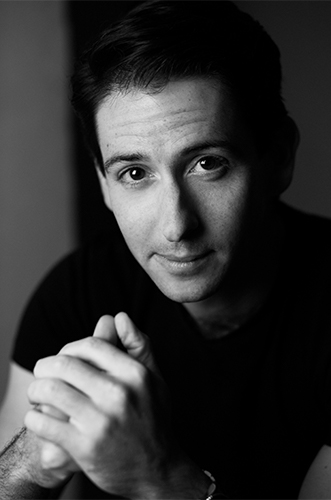 Paul Smith is an innovative and creative performer, an inspirational educator and an empowering public speaker. As co-founder of VOCES8, author of The VOCES8 Method and CEO of the VCM Foundation, he has enjoyed more than a decade of work including global travel to prestigious concert venues, schools and universities.

Paul is passionate about the impact singing and the arts can have in the widest possible context – from academic improvement to social skills and building more cohesive communities. He uses that passion to design and deliver unique, inclusive and uplifting performance projects. In the 2016-17 season, Paul will be leading the ‘DiverCity’ project with BOZAR in Brussels, A Bobby McFerrin inspired programme with the Philharmonie in Paris, a massed singing event at Heidelberg Frühling and projects in London, Frankfurt, across France, Germany, the USA and in Tokyo.

The VOCES8 Method, written by Paul, is published by Edition Peters in three languages, and is now being used in thousands of schools in nine countries. The Method is designed to link specific music-making activities with academic improvement in numeracy, literacy and linguistics.

Since its inception in 2007 the VCM Foundation has worked with 300,000 young people. Projects have included massed singing performances at the Royal Opera House (London), Cité de la Musique (Paris) and La Folle Journée (Nantes); and with “singing city” projects in cities such as Torino, Wroclaw, Lyon, Hannover, Houston, Albuquerque, Dallas/Fort Worth, Bermuda, Nairobi, Lagos, Dubai, Tokyo, and Taipei. Working in partnership with the Diocese of London, Paul has spearheaded the creation of a home for the VCM Foundation at the Gresham Centre, a centre of excellence in vocal music performance, education and outreach in the heart of the City of London. He also regularly works with Apollo5, rising a cappella vocalists and also part of the VCM Foundation.
As an educator and public speaker, Paul has given speeches and created sessions on music and leadership, teamwork, music and creativity, health and wellbeing, and The VOCES8 Method. In 2014 he gave a TEDx talk entitled “How can we use music to help us learn?”. Engagements at international conferences include the ACDA National and Regional conventions; Europa Cantat; the London Music Education Expo at the Barbican; Chor.com, Germany; the World Symposium of Singing in Budapest at the Liszt Music Academy; Singing Cities at BOZAR in Brussels; and at the Royal College of Music in London.

Paul has been singing for nearly 25 years, first as a boy chorister with the choir of Westminster Abbey, and, since 2005 with the group he co-founded with his brother, VOCES8. As a recording artist with Decca Classics, Paul has featured on best-selling, chart-topping albums and won a host of international awards.

Paul is delighted to be an ambassador for Edition Peters, as well as a board member of the 21st Century Musician programme at DePauw University, Indiana, and a trustee for the National Children’s Choir of Great Britain.